Home » On Republishing the Works of Sephardic Scholars 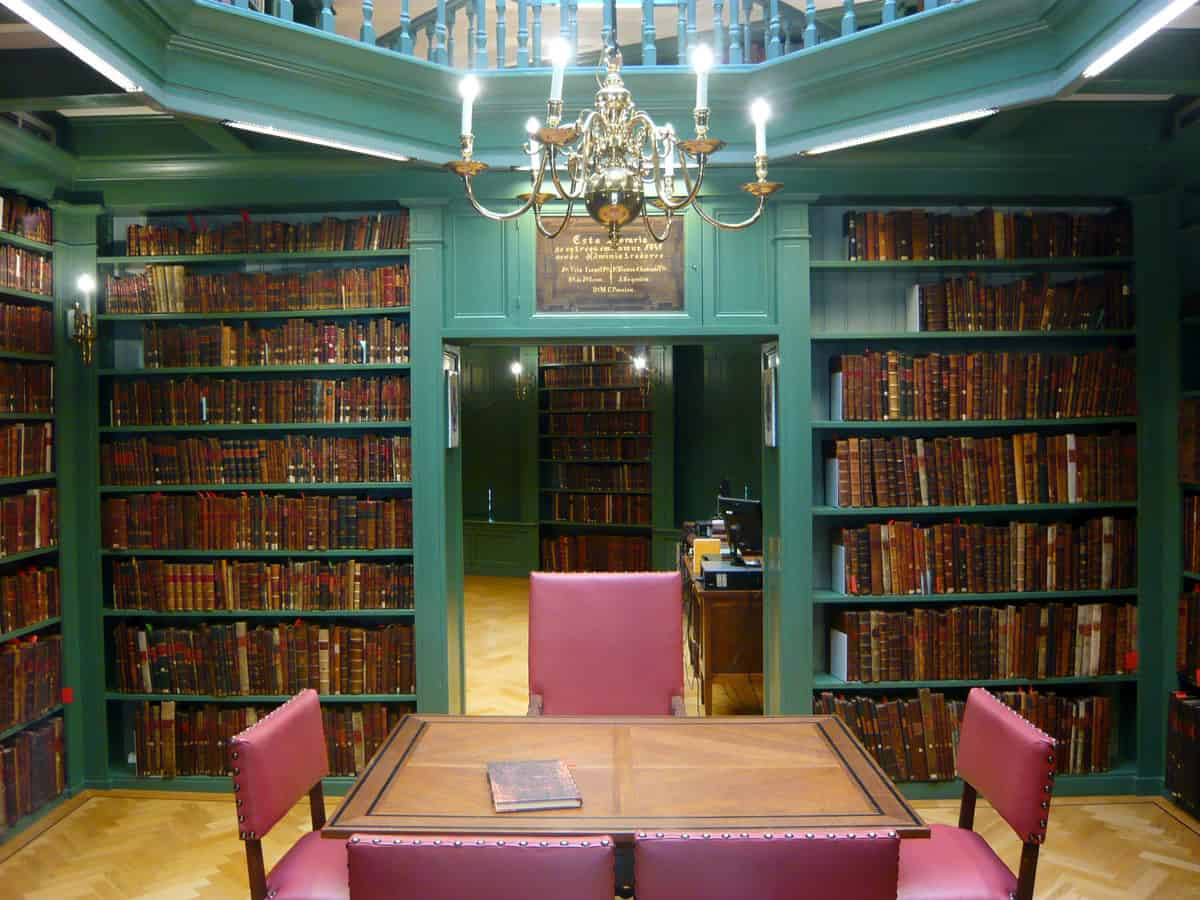 Before the demise of the Jewish communities of the Middle East and Mediterranean regions in the middle of the twentieth century, their migration away from their countries of origin, and their resettlement in the West and Israel, the Sephardic ḥakhamim and intellectuals produced an immense literature that spanned the whole range of traditional Jewish learning: Biblical exegesis, Talmudic commentary, halakhic treatises and responsa, musar (ethics), philosophy, Kabbala, grammar and poetry. It is known that this literature’s history extends back to the early Middle Ages, to the era known as the ‘Golden Age of Spain’ (more specifically Al-Andalus), when the Muslim Middle East was the world center of dynamic intellectual creativity, in which the Jews were engaged as much as their Muslim and Christian neighbors, and out of which came such luminaries as Maimonides, Seʿadia Ga’on, R. Yehuda HaLevi, and Bahya ibn Pakuda, whose works have become Jewish classics and are well-known and studied to this day. What is less well-known is that, while the ‘Golden Age’ may have gone into decline, intellectual creativity never ceased in the Sephardic world, and continued down to modern times- contrary to the perception of Sepharadim which prevails in today’s Ashkenazi-dominated Jewish world, according to which Sepharadim are, almost by definition, conservative, tradition-bound, patriarchal, and entirely lacking a coherent response to the challenges of modernity; the latter, it is assumed, they never experienced prior to their emigration to North America, Europe or Israel.

R. Moshe HaKohen Khalfon’s powerful writings on charity, social justice, and world peace (written in the wake of World War I), firmly and yet creatively grounded in Jewish thought, are almost inaccessible to most.

Jewish thought that engages creatively and insightfully with modernity, we are given to understand, has been the exclusive preserve of Ashkenazi intellectuals. Most Jews today who have received a decent Jewish education know of figures such as R. Yosef Dov Soloveitchik, R. Samson Raphael Hirsch, Martin Buber, Franz Rosenzweig etc. But very few have heard of R. Yiḥya Qafiḥ of San’a, who strove to revitalize his community by promoting the classical rationalist Jewish thought of Maimonides and Saʿadia Ga’on, writing sustained and intense polemics against Kabbalah, and opening a school which taught science, mathematics, Arabic, and Turkish alongside Bible and Talmud. Not many know of Shadal (Shemuʿel David Luzzato), the head of the Rabbinical College of Padua, who promoted academic methodology for the study of classical texts in the seminary and opposed both Kabbalah and rationalist philosophy of the Maimonidean sort – or of Umberto Cassuto, a product of a similar rabbinical college in Florence, who saw no contradiction between being a strictly observant rabbi and a critical Bible scholar. Few have seen the responsa of Moroccan rabbis like R. Yoseph Messas and their fearlessness in attempting to synthesize halakhic solutions to some of modernity’s most pressing challenges, their permitting the use of electricity on Yom Ṭov, their inclusive approach to converts (including those who convert for the sake of intermarriage) and their encouragement of women who wished to study Talmud. The Tunisian R. Moshe HaKohen Khalfon’s powerful writings on charity, social justice, and world peace (written in the wake of World War I), firmly and yet creatively grounded in Jewish thought, are almost inaccessible to most.

The message is clear: Sepharadim may be interesting as a curiosity, they may be good cooks and singers, but it is enough to engage with them in a partial and superficial manner, as they do not possess any intellectual or spiritual depth

The writings of these rabbinic figures are inaccessible because, since the mid-twentieth century, the Ashkenazi-dominated Jewish establishment both in America and Israel, has inherited a condescending, Orientalizing attitude toward Sephardic heritage, about which it remains ignorant and mostly uninterested in seriously educating itself. In America, events focusing on “Sephardic culture” geared toward the general public tend to showcase the relevant communities’

food, music or folklore, while their deeper intellectual heritage remains buried in old, out-of-print volumes sitting largely untouched on the shelves of academic libraries and private book collections. Even in Jewish schools where half (or more) of the student body is of, say, Persian, Syrian or Moroccan origin, the histories of the Jews in these countries are barely taught, if at all, their accents, songs, and customs are mocked (not infrequently by teachers as well as students) and the works of their rabbis dismissed as quaint and “not serious.” I recently asked a friend of Persian background, who had attended Jewish day school from kindergarten through twelfth grade, whether she had ever had a Jewish studies teacher who genuinely understood something of her culture and “where she was coming from.” Without hesitation she answered no. The message is clear: Sepharadim may be interesting as a curiosity, they may be good cooks and singers, but it is enough to engage with them in a partial and superficial manner, as they do not possess any intellectual or spiritual depth that can seriously challenge Ashkenazi hegemony and contribute to the synthesis of a new, vibrant Judaism and Jewish culture that is genuinely representative of the majority of Jews. No, for the purposes of “serious” engagement, Judaism is Ashkenazi Judaism, Jewish culture is the culture of the schtetl transplanted to New York by way of Ellis Island, Jewish history is the Middle Ages, the Renaissance, the Enlightenment, emancipation, the Holocaust and the founding of Israel, and Jewish writers are appropriately Eastern-European-American representatives like Philip Roth and Saul Bellow. Any Jew whose ancestors came from places other than the relevant parts of Europe, and who have been shaped by entirely different historical circumstances, has no choice but to either fit themselves onto the modern Ashkenazi Procrustean bed (miṭat sedom), or forsake the Jewish community and look to the Muslim or Christian Middle Eastern communities for cultural sustenance.

Even more troubling is the fact that even in cases where Sephardic communities have the resources to set up their own schools, they have looked to Ashkenazi models, rather than drawing on traditional Sephardic models that existed in the Middle East prior to the twentieth century. Shas’s network of haredi yeshivot in Israel, for example, is modeled on the European yeshivot like Volozhin, and its educators have internalized the brittle piety and narrow-minded, fear-driven rejection of modernity that characterize Ashkenazi ultra-Orthodoxy.

It is from teachers in these yeshivot that we hear such absurdities as “we cannot rely on [the rulings of] R. Yoseph Messas” because some of his pisqe halakha seem to resemble the rulings of Conservative rabbis. Instead of trying to re-imagine a world in which the artificial, Ashkenazi-created boundaries between the Orthodox, Conservative, and Reform“movements” do not exist, and Judaism is liberated both from Reform’s wholesale assimilation and rejection of tradition and Orthodoxy’s reactionary fearfulness and rigidity, these short-sighted men prefer to do their part in consigning to oblivion an entire world of religious and intellectual dynamism.

Fortunately, we are beginning to see signs of change. In Israel in particular, more of the literary heritage of the Sepharadim and Mizrahim is being published anew. Independent publishers like R. Meʿir Abiṭbol with his Oṣrot haMaghreb are republishing the religious works of Sephardic rabbis, and academic publishers are making available more and more of the poetry (both that of the Golden Age of Spain and of later authors such as R. Yisrael Najara and R. Sholem Shabazi) and the religious and political thought of the Sepharadim (e.g. the Am haSepher series which published a volume containing a selection of writings of R. Moshe HaKohen Khalfon, among others). But still more remains unpublished and out of the reach of the general public; even many of the volumes that have been published still have a limited circulation that seldom extends outside academic circles and specific communities. Furthermore, republishing the books is only the first step in chipping away the Ashkenazi hegemony. The challenge remains to educate the general Jewish public, to raise awareness of, and respect for, the full range of world Jewry’s intellectual and religious inheritance, so that the day comes when names like Khalfon, Luzzatto, and Shabazi are as much a part of Jewish cultural currency as Soloveitchik, Buber and Roth.