Home » Home is Where the Heart is 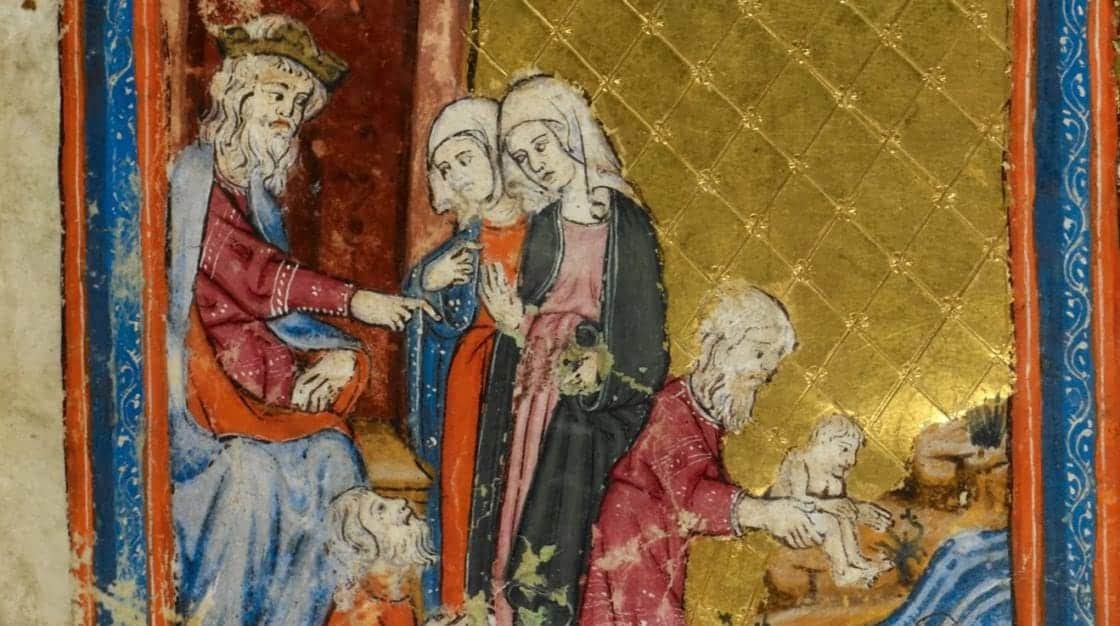 There is an interesting relationship between the Qorban Pesaḥ (pascal sacrifice) and the Bayiṯ (house) in the Tora. Among the laws regarding qorban pesaḥ, we find that there must be one lamb per bayiṯ, the Israelites must mark their battim (houses) with the lamb’s blood, the lamb must be eaten in the bayiṯ, and it cannot be taken out of the bayith. There is not a significant focus on the bayiṯ earlier in the Tora and it merits examining the connection between the two.

There is an earlier mention of bayiṯ in the Tora in an often-overlooked passage of a well-known incident. The midwives, who disobey Pharaoh’s decree to kill all newborn male Israelites, are rewarded with an enigmatic passage in Shemoṯ 1:20-21:

And God dealt well with the midwives; and the people multiplied and increased greatly. And because the midwives feared God, he established houses for them.

This passage raises two questions: Does the passage really mean that God built for them houses to live in? Moreover, why is this the reward they receive for defying Pharaoh’s decree?

In addition to the meaning of house, the trilateral root בית (BYT) can signify a corporation or collection of individuals. The Targum Onqelos translates the word bayiṯ in Shemoṯ 12:46 as ḥabura (corporation), from the root HBR, meaning to connect. Secondarily, H. Yona ibn Janah explains in his Sepher haShorashim that the trilateral root בית (BYT) can also mean penimiṯ (from within). 1

These meanings can help us understand the introduction of the bayiṯ and its significance with respect to the midwives and the qorban pesaḥ. Prior to Yaʿaqoḇ, the generations from Adam through Abraham were described as toledoṯ (generations) of parents and offspring. Beginning with Abraham and culminating with Yaʿaqoḇ we see the development of a family and a household. Sepher Shemoṯ, on the other hand, opens with ish uBeṯo baʾu (man and his house came) a clear identification of a beṯ aḇoṯ (households). For the Israelites, the bayiṯ became the fundamental political institution by functioning as a powerful unit. It was no longer simply parents and children, but rather a ḥabura (corporation) by which, as Abarbanel explains, values can be transmitted from the parents to the children. 2

Additionally, it has the secondary benefit of being able to look penimiṯ (inwards) to sustain itself. Even when the outside world is corrupt, Israelites have always looked to the bayiṯ to maintain its values. A perfect example of this is in the story of Ḥanukka, where fundamental national institutions, the beṯ haMiqdash and priesthood were defiled, and to celebrate our ability to overcome that corruption we kindle lights in our own homes as a sign to the outside world (ner ish uBeṯo – one light per household). As long as we have our most fundamental political institution- the family bayiṯ (household) — we can persevere.

Going back to the midwives, the explanation becomes clear. They refused the order of the ruler of Egypt! In spite of the tyranny they faced, they were able to overcome their surroundings. It is therefore fitting that battim were established for them 3 in the sense of having an institution where they can reinforce these values of justice and liberty.

During Pesaḥ, we celebrate our freedom from slavery and oppression and express ourselves using the bayiṯ. In the midst of Egypt with all its surrounding corruption, 4 we rely on our bayiṯ. With the qorban pesaḥ, we physically marked our homes and then we ate in our homes together. Through this, God pasaḥ (protected) our homes, and by extension — our values. Therefore, on Pesaḥ night now, we gather in our homes, eat together, and retell the story of the Exodus to our children, instilling in them the values they need to survive in external environments. Whenever the external environment becomes unjust or tyrannical, it will be ʿAm Yisraʾel’s values that promote the message of justice and liberty.

Contributor to haSepharadi.com. Aaron graduated Cornell University with a Bachelor’s in Operations Research and works as a business manager at Capital One Bank, living in Manhattan. Of Kurdish background, he grew up in a Greek and Turkish synagogue with Syrian ḥazzanim and Tora readers. He also served on the board of Westside Sephardic Synagogue (2015-2017), a predominantly North African minyan. He is passionate about Sephardic culture, Sephardic intellectual achievements, linguistics and grammar. Fluent in Hebrew and English, he is proficient in Spanish and Arabic.