Justice for Jews from Arab Countries with Dr. Stanley Urman 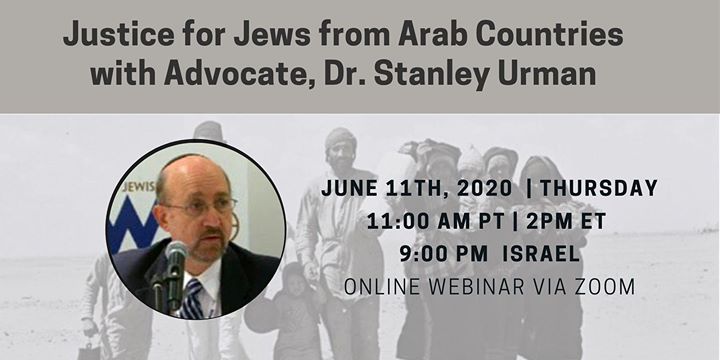 In the 20th century, and until today, nearly one million Jews from the Middle East and North Africa fled antisemitic persecution in lands their ancestors lived in for over 2,000 years. As Jews fled as stateless refugees, they were forced to leave behind private and communal property that in today’s value is estimated to be nearly $200B. Ancient Jewish communities, cultures, and families that were torn apart as a result of the mass exodus of Jews from Arab lands never received compensation or official acknowledgement of their monumental losses.

Dr. Stanley A. Urman is the Executive Vice-President of Justice for Jews from Arab Countries, an international coalition seeking rights and redress for Jews displaced from Arab countries. Since 2002, Dr. Urman has made formal representations on rights and redress for Jews forced to flee Arab countries to Members of Congress, and to senior Administration officials in the United States, Belgium, Canada, France, Great Britain, Italy, Russia, and the European Union.