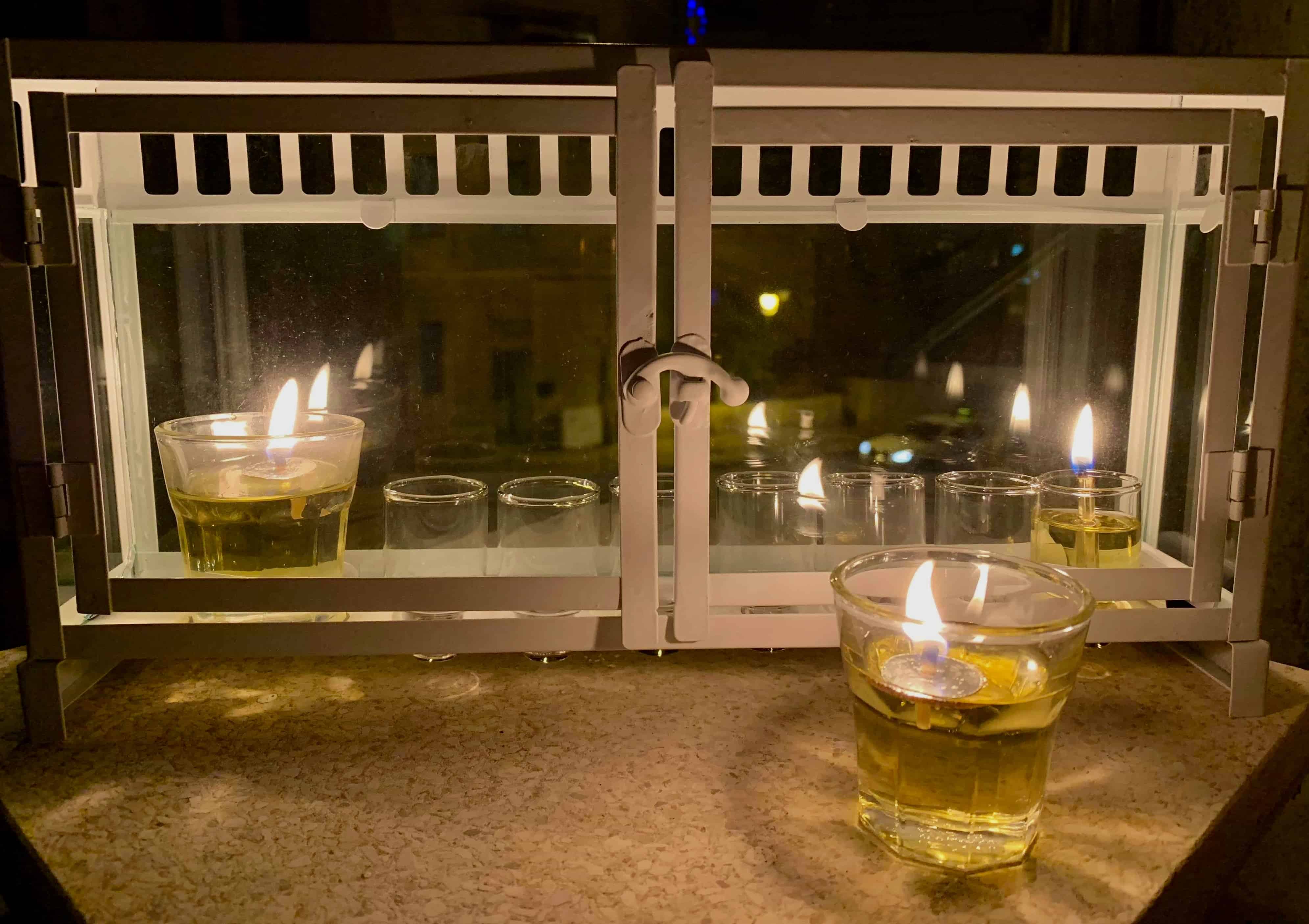 For many Jews across the world, a central element of Ḥanukka is the kindling of fire throughout the eight nights of the holiday. While many of us—Sephardic and Ashkenazic alike—are familiar with the method of lighting taught by Hillel, one Sephardic community explicitly deviates from this widespread custom. For Spanish Jews who arrived in Aleppo post-Expulsion, kindling the Ḥanukka flame takes on an entirely different practice, with many potential explanations beyond the familiar definition of pirsumé nisa (publicizing the miracle).

Before delving into the Spanish Jews’ Ḥanukka traditions, we must first briefly understand their arrival in Aleppo. For thousands of years, the ancient Aleppian Jewish community was composed of an indigenous Jewish community known as Mustʿarabim. Only after 1492 did exiles from the Spanish Expulsion reach Aleppo and become known as Sepharadim—an epithet clearly tracing their roots back to Sepharad, or Spain. The Sepharadim brought their own liturgies and customs from their native country and maintained these customs in stark distinction from those of the Mustʿarabim. In fact, some vestiges of the Mustarabi customs were practiced until the 1930s.

However, one distinction remains between the Sepharadim and Mustʿarabim, which can actually help contemporary families discern if they are from an Aleppian family of Spanish descent: kindling an extra light each night of Ḥanukka.

As many are aware, on the first night of Ḥanukka, one obligatory flame is lit, and another is added each night. In addition to these succeeding lights, there is also one extra light, the shamosh/shamash (or, “the assistant”). For most communities the world over, this is the universal method for celebrating Ḥanukka.

The Spanish Jews of Aleppo, however, have a unique tradition: they light an extra light each night. There is the obligatory light, the shamosh, and one more light. In other words, on the first night a total of three flames are kindled, and by the last night, a total of ten!


In an attempt to unravel this unusual custom, let us consider three potential explanations:

1) The purpose of kindling fire for the eight nights of Ḥanukka is to fulfill the miṣva of pirsumé nisa — publicizing the miracle of the small amount of oil that kept the menora lit for eight days. The Jews who had survived the Expulsion had lived through their own miracle: leaving Spain was very dangerous; the journey by sea and land presented many risks and terrors, and the future was treacherously unknown. Therefore, the Spanish exiles who landed safely in Aleppo felt they needed to publicize their own miracle in addition to the pre-prescribed publicizing of the Maccabean victory. As such, they decided to kindle an extra light each night of Ḥanukka.

2) The Spanish Jews may have had an alternate reason for adding another light, but it served a similar purpose of publicizing their thanks to God. When Sepharadim arrived in Aleppo, the local Mustʿarabim did not initially welcome them into the community. But on Ḥanukka, the Sepharadim were fully accepted into the community. To show their thanks to God for this miracle, Spanish Jews lit an extra wick every night of Ḥanukka.

3) Despite their unfortunate circumstances, Spanish Jews achieved great fortune and success. At the time, having indoor lighting after dark was a sign of affluence, and a luxury that the Sepharadim enjoyed on a regular basis. In order to not simply blend in with the rest of the Aleppian Jews, who could also enjoy indoor lighting during Ḥanukka thanks to the miṣva, the Spanish Jews decided to light an extra oil lamp right to maintain their distinct status.

While these were the reasons I grew up hearing, I recently discovered something very interesting. The custom in the synagogue of Misrata, Libya (not in the homes), was to light the obligatory candle(s) each night, plus two shamoshim: one on the left and one on the right of the candelabrum. Originally, only the one on

the right was meant to be the extra light of the shamosh. The light on the left side was to serve as a symbol of the small cruz of oil found in the Bet haMiqdash, the persistent burning of which was the miracle of Ḥanukka. Over time, the specific reasons for the extra candle were forgotten, and it was thought that both must be lit as shamoshim. Just like the Sepharadim of Aleppo, the people of Misrata would start with three lights the first night, and end up with ten on the last night of Ḥanukka.

Zekharya has a vision of the golden menora, and he sees it fed with oil from two great olive trees: one to the left of the menora, and one to the right.

Perhaps there is another explanation for this unique tradition. The Haftarah for Shabbat Ḥanukka is from Zekhariya. At the end of the Haftarah (Zekhariya 4:1-7), Zekharya has a vision of the golden menora, and he sees it fed with oil from two great olive trees: one to the left of the menora, and one to the right.

Recall now that the Spanish exiles of Aleppo were persecuted, downtrodden, scared, and unsure of their own fate, and that of the entire Jewish population. Many may have doubted if the Jewish nation would continue to exist, or if there would ever be salvation with the rebuilding of the Bet haMiqdash.

To infuse their celebration of Ḥanukka with a message of hope for the future of the entire Jewish nation, the Sepharadim used the two shamoshim each night to recall the prophetic vision recorded in Zekharia. The extra light gave them the stamina to persevere in spite of their arduous past and often tenuous future, and personalized the miracle of Ḥanukka according to their own miraculous survival.

Joseph Mosseri is the Brooklyn Syrian Jewish community's local historian. His expertise and knowledge span many areas related to Sepharadim and the development of their culture, history, and Halakha. His affinity for collecting rare and important teshuḇot and siddurim has helped fuel his knowledge. Devoted to preserving Sephardic culture, he has compiled and edited many books for the community, as well as given lectures on a wide variety of topics. He is an expert on Sephardic Ḥazzanut and co-founder of a forum dedicated to preserving Levantine and Egyptian ḥazzanut. He is often consulted and interviewed by researchers and historians for his valuable input and insight.

Facebook Comment
« What Can a Census Tell Us about Sepharadim in America?
Luqmat: A Little Fritter with a Long History »