Home » The Damascus Affair: From One Woman to Another 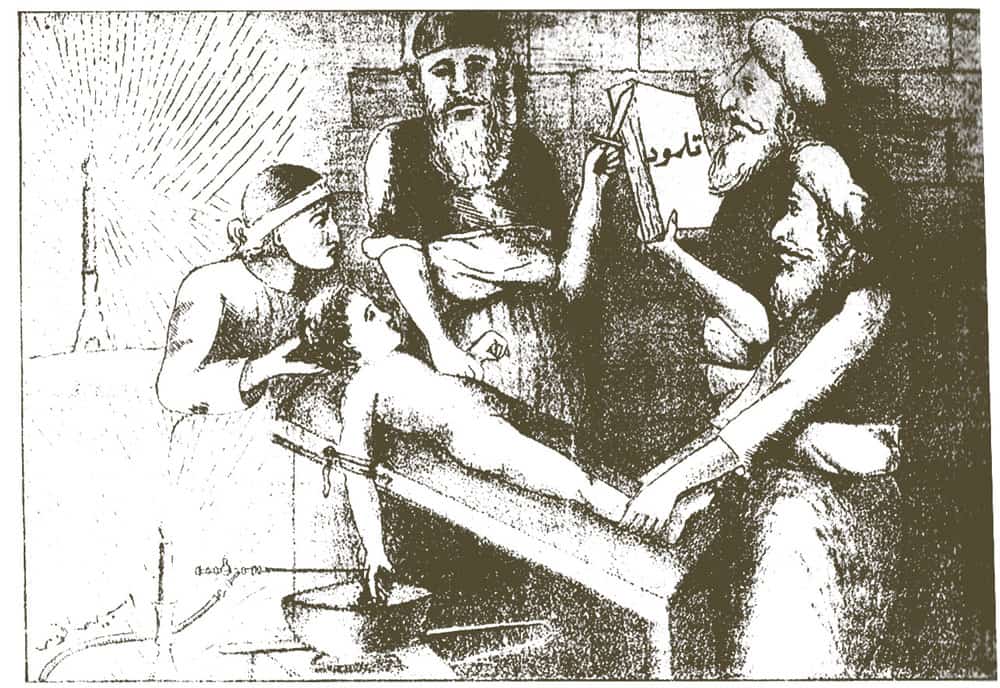 The Damascus Affair was well documented by the personalities of its time and has been awarded significant prominence in Jewish historiography ever since. Some consider this incident as marking a turning point, the rise of a new era in Jewish history. Diplomatic archives from England, France, the United States, and Austria, as well as memoirs, correspondence, and newspapers from across Europe, including the Jewish press, and both Jewish and non-Jewish historiography have covered this event. Professor Jonathan Frankel collected many of these works and created a comprehensive study in his masterful book, The Damascus Affair: “Ritual Murder,” Politics, and the Jews in 1840.

In contrast to the extensive documentation of the case by Western sources is the silence of the Damascene Jews themselves. This is especially true for the women, whose voices have scarcely been heard. Transcripts of the interrogations and correspondence between European consuls have preserved the suspects’ testimonies and the statements made by their families. But between the interrogator, the translator, and the torture chamber, we hear very little directly from the voices of the accused.

A letter discovered in the Central Archives for the History of the Jewish People in Jerusalem opens a window into the world of the wives of the accused, highlighting the roles they played in The Damascus Affair.

A Rude Awakening
On February 5, 1840, in the city of Damascus, a Capuchin monk by the name of Father Thomas disappeared together with his manservant, Ibrahim ʿAmāra. Local Christians, with support from the French consul Benoît Ulysse-Laurent-François Ratti-Menton, laid the blame on the Damascene Jewish Community, claiming that the kidnapping and murder were committed for ritualistic purposes. These accusations led to the arrest and imprisonment of several prominent members of the Jewish community, who were subjected to torture so extreme that some died as a result. Unfortunately, those who survived were found guilty. Details of the affair were widely circulated by the European press and many Europeans believed the medievalesque blood libel to be true – or at the very least, plausible.

The acceptance of this narrative in mid-19th century “enlightened” Europe shocked Jewish communities in Western Europe, giving rise to a rather surprising collaboration between French and British Jews. In response, they sent a joint delegation eastward, led by British philanthropist Sir Moses Montefiore and French lawyer Adolphe Crémieux.

Upon arriving in Alexandria, the delegates appealed to Muhammad Ali, then pasha of Egypt, for a re-trial that would adhere to accepted standards of truth and justice. The pasha had recently conquered Greater Syria after rebelling against the Ottoman Sultan Mahmud II and, as a result, was under political and military attack by most European powers, who were keen on ending his rule in the Levant.

Sources tend to dwell, reporting in graphic detail, on the unbearable tortures endured by the prisoners themselves; however, the wives of the accused were also interrogated and played an active role in the case. One such victim was Oro (or Ora, as the interrogation protocols refer to her). Ora’s husband, Moses Abulafia, scion of a famed rabbinic dynasty, surrendered to the torture and confessed to the accusations. Moses converted to Islam under duress and became a key witness for the prosecution. Oro was beaten during her husband’s questioning and was forced to watch while he was tortured. Similarly, Joseph Lañado’s wife, who in the wake of the torture became his widow, testified that the French consul attempted to extort sexual favors from her. These injustices extended even to the daughters of the accused. Similar reports can be found regarding the daughter of one of the accused, David Harari.

Numerous other women were required to testify before various commissions of inquiry. Their testimonies reflect an unwavering fortitude and resilience.

With the conclusion of the affair, the women involved wished to thank their European benefactors. Composed in Judeo-Arabic and written in ḥaṣṣi qolmos script,1 the following letter was drafted by the wives of the thirteen surviving prisoners following the pardon. It is addressed to Lady Judith Montefiore, who had accompanied her husband on his journey.

The letter begins with the traditional greetings and well wishes, followed by praise and thanks:

“The light of our eyes, the crown of our heads, the great, noble, and honorable Saadat El Señor de Rochelle [Rothschild] and the honorable El Señor de Montefiore”

“… that day, that blessed Sunday, 8 Elul, the light shone forth, thanks to the honorable concern expressed by our great lord and master, your cousin the señor, the exalted, distinguished Señor Moses Montefiore, … [culminating in] the joyful tidings of [our husbands’] release from prison to their homes.”


Order of Signatures
The order of the signatures reflects existing tensions within the Jewish community of Damascus, some of which manifested in accusations and allegations from all sides throughout the affair.

First on the list are signatures of women from the Farḥi family, then the wealthiest Jewish family in Damascus. At the opposite end are signatures of women from the Harari family, a family of merchants. The Harari family was the Farḥi family’s primary rival in terms of wealth and influence. Between these signatures come those of the rabbis’ wives and the middle-class women – including “Oro, Madam Moses Abu el Afieh,” the wife of the apostate. Last on this list is Mazal Tov, wife of Chief Rabbi Jacob Antebi.

The date described in the letter as the day “the light shone forth” – the day when the imprisoned husbands were released and the defendants who had been tried and condemned in absentia could finally return – corresponds with the date listed in the foreign consuls’ reports. The letter was written on “the fifteenth day of the month of mercy (the month of Elul),” approximately one week after the prisoners were released. A letter penned by the French consul to his superior at the Beirut consulate makes bitter mention of the Jews’ celebrations, including a party held around that date in the Austrian consul’s garden, attended by the released prisoners and their wives, among others. Perhaps it was at this gathering that the women decided to compose a letter of gratitude to the wife of their savior – from one woman to another.

This article is adapted from a version originally published in the Hebrew language edition of Segula Magazine in 2011 and subsequently in the English language edition in February 2012. The Hebrew version also appeared on the National Library of Israel’s blog in February 2018. The author would like to thank Dr. Dotan Arad for his translation from Judeo-Arabic.


Due to the variable nature of our posts and the wide spectrum of ideas exchanged, we feel it is important to clarify that the thoughts and opinions shared in posts and articles reflect the opinions of the author and are not representative of our contributors as a whole.

Dr. Yochai Ben-Ghedalia is the Head of Archives and Special Collections at the National Library of Israel. Formerly the Director of The Central Archives for the History of the Jewish People in Jerusalem.

Facebook Comment
« The Rabbi and the Sheikh
What Can a Census Tell Us about Sepharadim in America? »