Home » The Rabbi and the Sheikh 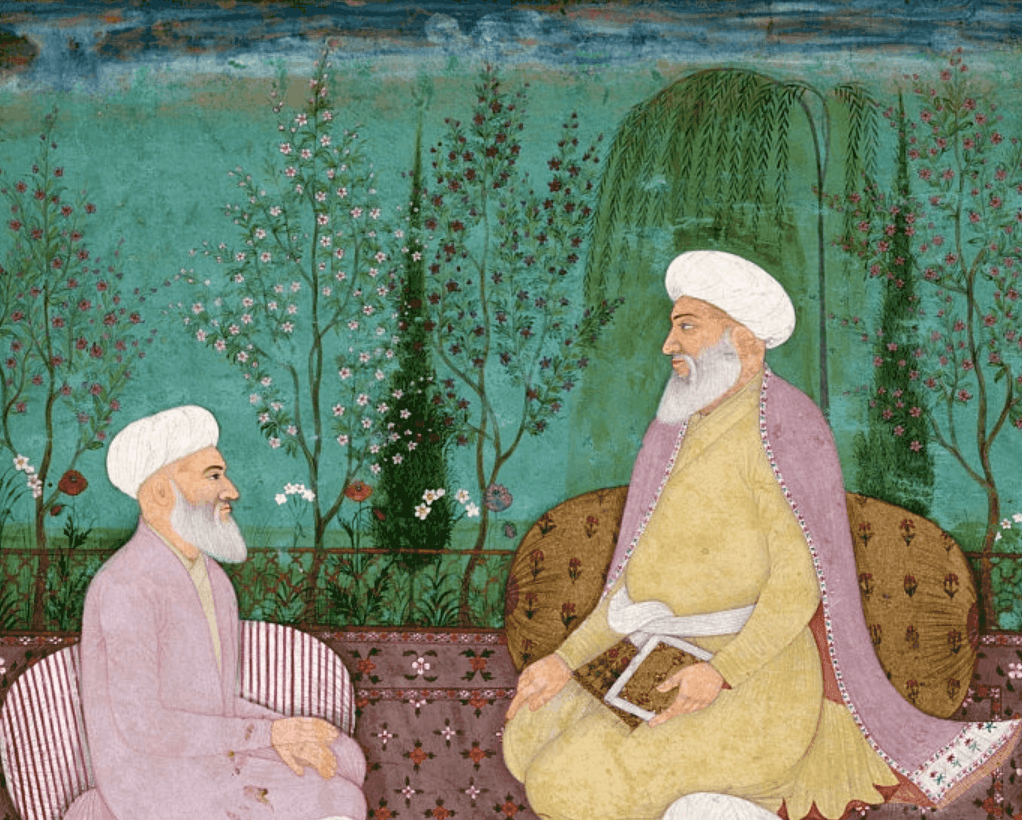 Within Jewish tradition there are sources that express not just tolerance toward aspects of Muslim religiosity, but intellectual and religious respect and admiration. It is important to become acquainted with these sources, and to consider their implications. Here I consider one such source, found in the writings of R. Yiṣḥaq Farḥi of Jerusalem (1782-1853).


R. Yiṣḥaq Farḥi was born in Safed in 1782 and soon after that moved to Jerusalem with his father Shelomo. He was known for being an extremely talented preacher, a vocation he inherited from his father. After his father died, R. Yiṣḥaq was adopted by the Rishon leṢiyyon (chief rabbi) of Jerusalem, R. Yom-Ṭoḇ Algazi (1727-1802) who declared:

“You shall fill your father’s place, you will walk in his path; you should hold onto your father’s deeds and follow his attributes. And you shall do as he did, preaching and educating the people.”


In addition to his activity as a preacher, R. Farḥi was later appointed as a judge in the court of Rishon leṢiyyon R. Abraham Ḥayyim Gaguin (1787-1848), was active in the public spheres of charity and welfare and was one of the heads of the Tiferet Israel Yeshiva, the main institution through which funds from the diaspora were channeled to Jerusalem’s scholars and poor.

His deep involvement in public life did not prevent R. Farḥi from composing many books. Some of them are organized by topic and belong to the literary genre of religious-ethical literature (musar). Others are collections of sermons, and still others are formulated as commentary on traditional texts. All are devoted to guiding the reader to improve and refine one’s moral and religious life.


One of these books is Matoq miDeḇash (“Sweeter than Honey”), first published in Jerusalem in 1842. The book is written in a clear and flowing Hebrew with a rhetorical style characteristic of a speech made before a live audience, and thus reflects R. Farḥi’s activities as a public teacher. The book is primarily structured as an explication of the religious values that should be derived from the Ten Commandments.

The fifth chapter of the book focuses on the third commandment: “Thou shalt not take the name of the Lord thy God in vain”. Its literary character sets it out from the rest of the book, as it conveys its religious message by telling a story, that R. Farḥi introduces with the words: “And let me tell you something that I heard.” The story is not presented as a tale or a fable, but rather as anchored historically in a quite specific context; its title is: “An Awesome Tale that Took Place in the City of Damascus in the Time of R. Moshe Galante of Blessed Memory.” R. Moshe Galante was Chief Rabbi of Damascus from 1781 until his death in 1806. Thus, R. Yiṣḥaq Farḥi is providing very specific boundaries of place and time for the events described in the “awesome tale”: they took place in the city of Damascus, within a 25–year time period towards the end of the eighteenth century – when R. Farḥi himself was growing up in Jerusalem.

R. Farḥi tells his readers of a relationship between two outstanding men in late 18th century Damascus: a great Sufi sheikh and the Chief Rabbi of Damascus, whom Farḥi characterizes as the greatest scholar of his generation.

One of the two heroes of Farḥi’s tale, the Sufi sheikh, attained great mastery of the Seven Wisdoms, i.e., the realm of universal human knowledge. Since a person’s perfection is contingent upon mastery of these wisdoms, the sheikh was more perfect than all the Jews of his generation, with the exception of R. Galante, who was his equal and even slightly his superior in the realm of universal wisdom.

It was the sheikh who guided the rabbi along the paths of mystical experience, by way of the garden and the pool, until their joint entry into the Holy of Holies

But the Seven Wisdoms are of course only one aspect of religious perfection: an even higher form of religious accomplishment is the encounter with God and closeness to Him. In this realm, the realm of religious-mystical experience, it emerges quite clearly from R. Farḥi’s account that the sheikh was on a higher level than the rabbi. In that account, it was the sheikh who guided the rabbi along the paths of mystical experience, by way of the garden and the pool, until their joint entry into the Holy of Holies to encounter the Divine Reality reflected in the holy name YHWH. The words on the golden tablet they gazed upon were: “I envision YHWH before me always.” This formula is to be found in every synagogue. Yet as related by Farḥi, the one who actualized the promise born by this verse, the person who was indeed able to connect in his consciousness to “He Who Spoke and the universe was created,” was not the Jewish rabbi but the Muslim sheikh.

At the end of their joint journey, the rabbi shed copious tears, acknowledged the sheikh’s advantage in this crucial realm, and concluded: “It is becoming upon us to do even more than that.”

R. Yiṣḥaq Farḥi, addressing his audience in Jerusalem and the Ottoman Empire in the fourth decade of the 19th century, presented the Sufi sheikh as an ideal spiritual figure reaching the greatest heights of awe of God. Over the course of the story, it becomes apparent to the reader that the Sufi sage was exemplary also in his personal qualities: he loves the truth for its own sake; he develops a relationship with his Jewish colleague out of an intellectual attraction and without a utilitarian agenda; he is not jealous of another whose intellectual accomplishments are greater than his own; he shows genuine admiration for the rabbi as a man of wisdom, regardless of the lower religious-communal status of the group to which the rabbi belonged.

From this story it is clear that at the highest levels of individual religious spirituality, there is a great deal of overlap and similarity between Judaism and Islam. This overlap is clearly expressed in the first section of the story, when the reader discovers that there is a realm of universal intellectual discourse – the Seven Wisdoms – that is a highly regarded field of knowledge shared by the sheikh and the rabbi. Further on, it becomes clear that what these two religious leaders share is not limited to the “neutral” intellectual dimension but extends to the practices of  preparing for mystical experience: fasting, repentant thoughts, immersion, and change of garments. And above all else, there are shared elements and a partnership in the mystical experience itself – and in the joint focus of this experience: “He Who Spoke and the universe was created.” Not a Muslim God, and not a Jewish God, but the God of all existence, the Creator of all.

R. Yiṣḥaq Farḥi conveys to his Jewish audience in Jerusalem the possibility that a person who was born, raised, and educated as a Muslim, who is a product of elite religious Muslim training, can as a result be no less capable of “connecting” to the universal Divine than a person who is a product of a parallel Jewish path. To some, it might seem inappropriate for a religious leader to show such respect and admiration for the achievements of a person rooted in a tradition that is not his own. To others, R. Farḥi’s attitude expresses a greatness of spirit and of wisdom, that all of us would do well to contemplate – and to internalize. 1

Zvi Zohar is the Chauncey Stillman Professor of Sephardic Law and Ethics (Emeritus) at Bar Ilan University, where he is associated with the Faculty of Law and the Faculty of Jewish Studies. In addition, he has been at the Shalom Hartman Institute in Jerusalem since 1978. Prof. Zohar has published over 90 scholarly articles in Hebrew, English, and French, as well as several book-length studies.